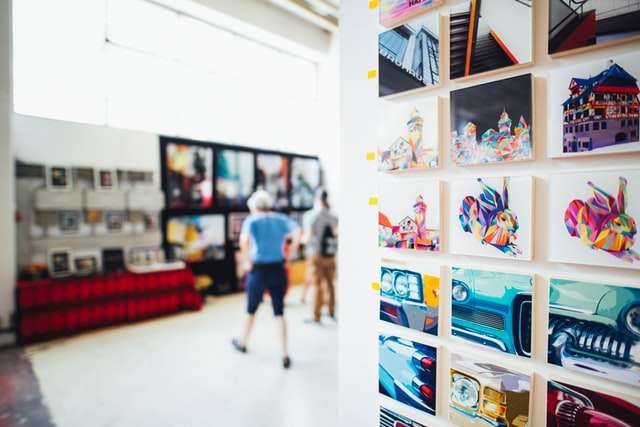 Mural art has a long history. Since the times of ancient history, murals were used to decorate surfaces and walls, and they have always been produced using various techniques. This blog, which I call “Mural Art: A Long History and an Important Future,” is based on a class I taught at the University of Wisconsin-Whitewater in the spring of 2013 called “History of Mural Art.” The purpose of this blog is threefold: first, to offer an overview about the history of mural art; second, to provide examples of this particular art form from different periods; third, to discuss some current issues regarding the preservation and perceptions of mural art.

A short definition for mural art is “a large painting applied directly on a wall surface” (Patton). It can be difficult to determine whether or not a particular work is truly a mural because some artists will create large-scale paintings on canvas that are later installed onto walls. However, as you will see by examining the images provided in this blog and by visiting museums around the world such as New York City’s Museum of Modern Art (MoMA) and the Uffizi Gallery in Florence, Italy, the definition above generally fits with most people’s understanding of what constitutes a mural.

Mural art has an ancient history and continues to evolve in the 21st century. A blog about the past, present, and future of this artform.

Mural art has a long history and significant cultural impact, particularly in Latin America and Mexico. Mural art also has an important history in Europe, North America, Africa, Asia, and other areas around the world. This blog will provide a look at the past, present, and future of this artform.

Mural art is a vast, global and very ancient visual tradition. It is also a revivalist movement. In the 20th century mural art experienced, as it does today, periods of great popularity and intense antagonism.

What is the future for mural art? I believe that we can expect to see an enormous growth in the number of murals created, in their scale, ambition and the size of their audience.

Mural artists are now an integral part of the 21st century global visual culture. The political points of view they express will become more and more significant.

Murals are one of the oldest art forms, with origins dating back to prehistory. They were used to depict stories and concepts in the palaces of ancient Egypt and Mesopotamia, as well as on the walls of some of the pyramids. Mural painting was an important part of Greek and Roman religious ceremonies.

Trompe l’oeil murals can be seen in many European churches from the Middle Ages, and in the great halls of castles built during the Renaissance. The Romans also made use of trompe l’oeil murals to make their buildings seem larger than they actually were.

Entering a decorated room of a Roman home or public building must have been an astonishing experience, especially if you are unfamiliar with murals. In fact, most people in today’s society wouldn’t recognize a mural unless it is signed by a famous artist like Diego Rivera or Jackson Pollock!

The way we view murals has changed throughout time, but unfortunately it is still mostly through a Western lens. It’s unfortunate because this type of art is rapidly disappearing around the globe as urban planning moves into many neighborhoods that once were considered slums in developing countries.

The word mural derives from the Latin mūrus, which means wall. Mural paintings are painted directly on walls. The word fresco, from the Italian fresco, meaning fresh or new, describes paintings executed on plaster that is still wet. Artists soon adopted the technique of painting on dry plaster to allow for greater mobility in their compositions. Frescoes have been found in Egyptian tombs dating back 4,000 years ago.

The history of mural painting covers a time span of over 5,000 years and extends across cultures and continents. In prehistoric times rock surfaces were used as canvases for wall painting and decorated with drawings, figures and geometric patterns. During the Ice Age (20,000-10,000 B.C.) cave drawings were made by people living in regions of Europe including France and Spain; they are considered the first monumental murals ever created. In Mesopotamia (3500-5500 B.C.), murals were created on clay tablets; these murals portray hunts and scenes of daily life among Sumerian people who lived in modern day Iraq.

Mural art surfaced again during Classical Antiquity (500 B.C.-A.D 500) when it was used to decorate public buildings such as theatres and pal

Mural art is a form of visual art that uses long and short strokes on a wall or flat surface to create a picture. It is a type of painting that has both artistic and functional use. Some people argue that mural art originated in prehistoric times, while others say it was created during the Middle Ages.

Mural art is a form of art that has been in existence for centuries and have contributed greatly to the beauty of many buildings. However, mural art is not as popular as other forms of art such as painting or sculpture. This often leads to people not being aware of the history and importance of mural art.

Mural art is one of the oldest types of visual art known to man. The first murals were created by ancients civilizations thousands of years ago. Murals were later used by the Egyptians and the Romans. The murals in Pompeii are a spectacular example of ancient murals. These murals were meant to be viewed from a distance and depicted stories from mythology or acted as decorations for rooms in Roman homes.

In fact, many historical buildings like churches from medieval times are great examples of mural art. The church’s walls were decorated with frescoes, which resemble modern day murals more than they do paintings because frescoes are painted with water-soluble pigments directly on wet plaster whereas paintings are made using paint on canvas or other materials.